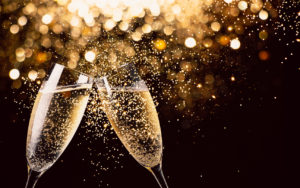 Bain Capital Private Equity will look to leverage the work it has done with Fedrigoni over the last few years to further grow the firm via its new joint-ownership with BC Partners, according to Ivano Sessa, a managing director and European co-head of the industrial vertical. Smart labels and sustainable packaging are two potential areas for growth.

Bain originally acquired Fedrigoni in 2017, then in late July announced that it had signed documents to reinvest alongside BC Partners and management.

Bain Capital’s Fund VI made the reinvestment, PE Hub Europe understands. Sources familiar with the deal, which is expected to close in late 2022, said that Bain Capital achieved a multiple of money of more than 8x.

Headquartered in Milan, Fedrigoni produces paper for packaging, graphics, print and art. It also has a business line converting paper and other materials into self-adhesive products.

Its time owning Fedrigoni has led the firm “to a leadership position in our respective markets globally”, Sessa told PE Hub Europe. He cited that the company now has approximately 40 percent of the global market share of wine and champagne labels, and around 40 percent of the market for luxury rigid packaging and shopping bags in Europe. “That type of competitive position gives strengths to the business and, coupled with growth, creates some very interesting dynamics and opportunities,” he added.

One such avenue is to build on its label business. “Believe it or not, but in the world of paper and labels there are actually new technologies with great growth potential,” said Sessa. “Think about RFID, or so-called smart labels, which is one of the more recent acquisitions in our label business, which allows goods and products to be tracked at a fraction of the previous cost. Think about the relevance of that in retail, in distribution and in a number of other applications.”

Fedrigoni also has the chance to leverage its membership of what Bain believes are growing and resilient end-markets. The drive for sustainability across industries also offers opportunities, because underpinning the luxury packaging demand from its clients is a need to substitute away from plastic packaging to fibre, Sessa added.

“In Europe and the US, you can recycle approximately 20 percent of the plastic used, while paper is roughly 80 percent,” said Sessa. “Consumers are aware of this, brands are aware of this and packaging is front of mind for brands when they want to ride these types of trends. We are part of that solution, because we help luxury brands, consumer brands and food brands to substitute any plastic in the packaging with something that looks and feels and is a lot better for the environment.”

Fedrigoni will stay focused on “high-end, high-margin, high-value-added segments and niches” of the luxury packaging and label markets, Sessa added. But new opportunities could arise in the food industry, while the company has opportunities to grow and do more in North America – “where we just executed some M&A activity” – as well as in Asia.

The Asian and North American markets are more fragmented in Europe, meaning Fedrigoni has been working on opportunities to enter and then eventually consolidate those markets “the same way we did in Europe over the last five years”, said Sessa.

During Bain’s ownership so far, Fedrigoni acquired nine companies that Sessa said were highly strategic, bringing coverage of geographies, products or markets that it did not have before. “They also delivered very significant synergies for us,” he added. Its organic growth plans also focused on new products, geographies and investments in automation, as well as personnel.

“It is really creating a collaboration of phenomenal leaders, including Fedrigoni Group CEO Marco Nespolo, that took the challenge alongside us to go and shake up what is fundamentally a very healthy industry, but which was probably a bit sleepy a few years back,” said Sessa.

“Today you find a group which is a lot bigger, with sales about two times higher, and a lot more profitable, with EBITDA about three times higher. More importantly, in the two sectors where we play – luxury packaging and labels – we have a much broader offer for our clients and we have a lot more strategic relevance for the market and a stronger leadership position.”

You can read more about the Bain and BC Partners’ purchase of Fedrigoni in PE Hub Europe’s interview with BC Partners’ Stefano Ferraresi.