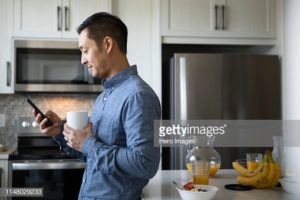 At dinner last night in London’s financial district, known as the City, I had an interesting conversation with a friend about the nature of private equity and how it has evolved over the years. I’ve spent the last 15 years covering the middle market, and as a result, I think of PE as primarily an engine for growth, but my friend said he thinks of PE as financial engineering.

It’s a question I ask our reporters frequently when we’re discussing PE-backed deals: What does private equity bring to the table? I’d love to hear your perspective. Email me your thoughts at mk.flynn@peimedia.com.

Cycle-agnostic. One deal announced this week that we’ve been looking into is Carlyle’s acquisition of NSM Insurance Group from White Mountains for $1.78 billion.

NSM offers insurance for niche sectors, such as specialty transportation, pet, social services and real estate, with operations in the US and UK.

“This is a company that we have long admired and had a lot of respect for the management, and it fits our investment thesis and profile very well,” Burr said. “When it became available, we did everything we could to position ourselves to prevail.”
Carlyle sees vast opportunities in the insurance sector, despite the challenges of the current economy, including inflation.

“Markets are choppy, that’s for certain,” he said. “However, insurance is a non-discretionary spend. Whether you are in boom times or bust times, items have to be insured by someone. At some level, insurance is cycle-agnostic, not completely, but very much at some level.”

For more, read the story.

Healthcare opportunities. “Albaron Partners wants to make the transition from independent sponsor into the world of the funded as it brings its debut commingled pool to market for investments in buy-and-build healthcare opportunities,” writes Buyouts’ Chris Witkowsky.
Albaron, formed in 2017, is targeting $100 million with a $150 million cap for Fund I, which would give the firm spending power of up to $300 million with co-investments, people with knowledge of the firm told Buyouts. Albaron is working with placement agency WHR Capital on the fundraising, the sources said.

The firm wants to build a concentrated portfolio of five to six platform investments in businesses with between $2 million to $10 million of EBITDA, the people said.

Albaron seeks opportunities in healthcare in sub-sectors not yet well-mined by private equity and that have consolidation potential, such as podiatry, IVF, EMT, urology and mental health. Albaron taps its network of doctors to source proprietary opportunities outside of auction processes.

Its pre-fund deals include Beyond Podiatry, which the firm started building in 2019, and Innovation Fertility, which it first funded in 2020. The firm exited Metro Vein Centers last year, the people said.

Albaron is led by a partner group that identifies as diverse: Alessio Baraldi, Damian Dalla-Longa, Sonia Ponnusamy and Debo Adesina. Three of four partners went to Wharton business school together.

For more on the firm and its founders, read the story.

Regulatory reactions. Earlier in the week, the SEC said it is extending the time period the public may comment on its proposed rules addressing private equity by another 30 days. The move comes after the agency “already received dozens of responses from industry trade associations, consumer advocates, public pension funds and other LPs, and even a former commissioner of the agency,” writes Buyouts’ Gregg Gethard.

Reactions to the proposed rules from the PE industry has been mixed, Gregg reporters.
The Institutional Limited Partners Association said it supports the SEC’s actions to require fund advisors to be held to a fiduciary standard “more proximate to that of their investors.” But ILPA also said that “unintended consequences” may arise from the SEC’s rules related to the use of side letter exceptions for certain fund investors.

Former SEC Commissioner Harvey Pitt, who now leads a consulting firm and disclosed his current affiliation with private fund managers, submitted a sternly written 13-page letter highly critical of the SEC’s proposals. “I suggest that the affected market is reasonably, if not perfectly, efficient in leading to entirely reasonable negotiated agreements and that governmental intervention is not warranted. Certainly, on the current record, the Commission’s heavy burden of demonstrating a legitimate need for governmental intervention has not been met,” Pitt said.

That’s all for today. Buyouts’ Kirk Falconer will write tomorrow’s Wire, and Chris will write Friday’s. I’ll be back on Monday.

All the best,
MK

Orangewood makes investment in recruiter Barrington James; Musk and Twitter back together