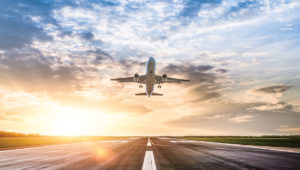 It’s hard to imagine given the lack of covid restrictions across Europe right now, but this week the European Centre for Disease Prevention talked of a new wave of the virus “ramping up” across the continent while the WHO warned that “the virus is running freely”. Despite that, 3i Group partner Boris Kawohl told me he’s confident the travel industry will be back to pre-Covid levels before long.

Confident outlook. 3i agreed on Monday to invest in VakantieDiscounter, an Amsterdam-based online holiday packages platform that serves customers in the Benelux.

On top of the rise in Covid cases, several European airports are facing disruption due to staffing shortages and strikes. But Kawohl told me yesterday that the travel industry is still a solid investment.

“Although VakantieDiscounter was affected in 2020 due to Covid, the company saw a good recovery as 2021 progressed and we are confident in the outlook, given the visibility on future bookings that we have,” said Kawohl. “More generally, we anticipate travel volumes to recover to pre-Covid levels during 2023.”

When I asked how the airport disruption, which has hit Amsterdam’s Schiphol Airport, was affecting VakantieDiscounter’s customers, Kawohl pointed out that those customers fly from several airports, many of which are unaffected.

“Although the disruption is clearly frustrating for customers, the majority of VakantieDiscounter’s customers are able to rebook – either the same day or the next day – and we believe that this will not continue much beyond the summer,” he added.

3i took a majority stake in the platform, Kawohl confirmed. The investor’s focus will be to grow VakantieDiscounter organically in the Benelux region, but Kawohl said “we can’t rule out acquisitions”. Longer term, 3i might also look at expanding into other countries, but its priority for the moment is the Benelux.

Unique point. We’re always on the lookout for anything that signals the health of the European private equity market, so we took note when iCapital announced it was expanding into Italy and France.

The alternative investing solutions provider has partnered with Mediobanca Private Banking to help its high net worth customers in Italy access private markets. In France, it announced a strategic partnership with AXA IM Alts to increase wealth managers’ access to private market opportunities.

Marco Bizzozero, head of international at iCapital, told me that the European private equity industry is at a “unique point” where investors want more private market assets, both to improve the diversification of their portfolios and gain better risk adjusted returns.

Developments in the relationship between private and public markets is also driving high-net-worth individuals to private markets, he told me. “The link between public markets and the economy is weakening as companies stay private for longer and a significant part of the value creation happens outside public markets.”

Friend-shoring. Meanwhile, I was chatting to a partner at a PE firm who bemoaned that globalization is losing ground to populist, country-first movements such as Brexit. Speaking on background, he said his firm had stopped looking at the UK for investments, as the barriers Brexit created meant that trying to merge UK companies with firms in the EU had become too big a headache.

That’s why I was interested to see a report from EY yesterday that pointed to a trend in M&A of “friend-shoring”.

“On the global stage, while there is still a strong appetite for cross-border deals, CEOs are more selective in who they do deals with, preferring to ‘friend-shore’ their operations and pursue transactions within friendly pockets rather than applying a truly global approach,” said Andrea Guerzoni, EY global vice chair, strategy and transactions, in the report.

I’d love to hear from our readers on this. Is globalization truly on the decline, or just becoming more selective? Drop me a note with your thoughts.

That’s all from me – speak to you on Friday.