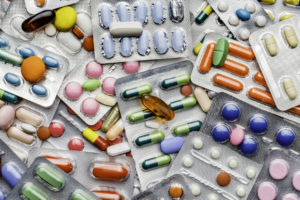 With staffing shortages plaguing the healthcare industry worldwide, private equity firms are eyeing companies that are less reliant on large headcounts. In the HPE Europe conference at the end of September, pharma, life sciences and medtech came out on top as areas of interest for those investing in healthcare.

Here is PE Hub Europe’s prescription of a healthy dose of pharma-focused PE deals announced over the last few months.

At the end of June, San Francisco-based TPG Capital announced it had bought a majority interest in Diocle Topco, parent company of DOC Generici, from ICG and Mérieux Equity Partners. DOC Generici is a Milan-headquartered pharmaceuticals manufacturer that specialises in cardiovascular, gastrointestinal and neurological treatments.

“We look forward to partnering with DOC Generici to grow its leadership in the market through continued organic and inorganic investments in the business,” said Karthic Jayaraman, partner at TPG Capital and co-head of the platform’s healthcare practice. “We are also excited to invest in the Italian market, which we believe presents attractive opportunities in the years to come.”

As part of the deal, Jayaraman and Ravi Umarji, TPG capital principal, joined DOC Generici’s board of directors.

SteriPack serves the medical device, pharmaceutical and diagnostic markets. It provides outsourced design, development, manufacturing, assembly, packaging, sterilisation and supply chain services. It has offices globally and a staff of more than 650 employees.

“SteriPack is an extremely successful niche market player with a strong track record, whose ongoing focus on high-quality innovation has earned it an impressive and loyal client roster,” said Flor Kassai, partner and head of Inflexion’s Buyout Fund. “We are incredibly excited to bring our experience to bear to help management accelerate its growth further across the globe.”

Inflexion made the investment from its Buyout Fund VI, which closed on $3 billion in March.

At the end of July, Astorg-backed OPEN Health announced that it was set to acquire Hingham, Massachusetts-based medical communications platform the CM Group from NaviMed Capital.

The CM Group provides integrated solutions to the US domestic biotech and pharma industry. The partnership between OPEN Health and the CM Group will expand the platform’s global reach and portfolio of scientific solutions.

“The CM Group provides us with a significant scientific communication offering within the US domestic marketplace,” said Rob Barker, CEO of OPEN Health. “Our clients are global and need providers who understand not only the increasing complexity of the science, but also the ever-changing global and local landscapes.”

OPEN Health was acquired by Astorg in May, as reported by PE Hub. OPEN Health and Astorg are both headquartered in London.

TMC, based in Hook, in the UK county of Hampshire, operates across four offices and hubs in the UK, Ireland, Japan and the US. The business more than doubled its revenues over the past five years to £11.8 million in 2021. TMC aims to use LDC’s investment to expand into the US and Asian markets, and in the next five years plans to double its number of full-time employees.

At the start of October, HIG Capital portfolio company Aspire Pharma announced it had acquired Morningside Healthcare and Morningside Pharmaceuticals, together referred to as Morningside.

The company, based in Loughborough, England, is a provider of high volume and niche generic and branded speciality pharmaceuticals. The acquisition is set to support further M&A and international expansion.

Aspire Pharma, itself a provider of niche generic and branded speciality pharmaceuticals, was acquired by Miami-based HIG Capital in September 2021. The company is headquartered in Petersfield, England.

Only a day after HIG’s announcement, Stanley Capital Partners (SCP) announced that it had bought a majority stake in French pharmaceutical group Laboratoire XO from Ares Management.

The group, headquartered in Saint Cloud, France, was founded in 2015 and has a turnover of €60 million. The group has 26 brands and a distribution network of more than 45 countries.

London-based SCP will support Laboratoire XO’s next phase of growth and the acquisition will serve as a platform investment with further add-on investments planned. Lab XO has grown both organically and through 18 add-on acquisitions. The group specialises in mature market authorisations to sell and market drugs across various therapeutic areas such as pain, central nervous, cardiology, oral care and women’s health.

PE Hub Europe expects the flurry of pharma deals to continue towards the end of the year and into 2023.