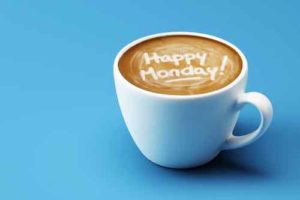 Capital markets. Accel-KKR, headquartered in Menlo Park, California, has made a significant capital growth investment in Singletrack, a London-based client engagement and analytics services provider that serves the capital markets.

Founded in 2009 by Stuart Berwick and Paul Dyson, Singletrack is an engagement, research management and analytics platform aimed at helping clients on both the sell and buy sides maximize revenue, efficiency and profitability.

“Singletrack recognized early on the potential in combining on-demand technology and advanced analytics for a purpose-built CRM solution for capital markets.,” said Phil Cunningham, managing director at Accel-KKR and lead for the firm’s emerging Buyout Partners fund. “Seasoned leaders like Paul and Stuart draw on deep experience within the global investment banking industry, and their informed approach has differentiated the company, propelling Singletrack to the forefront of financial CRM tools and positioning it to capitalize on a fragmented marketplace.”

“As the capital markets grow in opportunity and complexity, we are poised for aggressive market expansion,” Berwick said. “This investment from Accel-KKR is a great catalyst for Singletrack and our mission.”

Electronics specialist. Ardian, based in Paris, has agreed to acquire a stake in SERMA Group, a European provider of consulting and services specializing in electronic technologies, embedded systems and information systems.

Ardian’s Expansion team initially invested in SERMA Group’s in 2015. The new transaction by Ardian is being made alongside SERMA’s management and employees, who remain the majority shareholders. Chequers Capital and Bpifrance also remain minority shareholders, alongside Ardian, the reference financial shareholder.

“After several years investing in SERMA Group, we have built a relationship of great trust with the company and its management team, who we have known for 12 years,” said Arnaud Dufer, managing director and head of France for the Ardian Expansion team. “The company is particularly well positioned to benefit from key megatrends, notably linked to the digitalization of the economy. Our objective is to continue to support SERMA’s external growth and to increase its market share internationally through its significant innovation capabilities.”

“Leon is among a handful of first-timers moving into the tough fundraising environment that is favoring existing relationships and established funds over newcomers,” Chris writes. “As economic uncertainty persists, LPs tend to stick with their well-established relationships.”

Leon was formed this year by Jean-Christophe Napoleon Bonaparte, who previously worked at Blackstone and Advent International; Christos Lavidas, who formerly worked at KKR and a large global hedge fund with a private equity team; and Michael Youtsos, a former partner at McKinsey & Co, who led sustainable investing practice in Europe.

The firm will target investments in healthcare services, business services, software and energy transition. It will make control investments in family-founder-owned businesses with equity checks of €15 million to €100 million, sources said.

Tune in tomorrow when Chris writes the Wire (a slight departure from our usual schedule). I’ll see you back here on Wednesday.