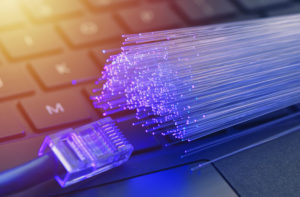 Headquartered in Stockholm, Inteno Group is a developer and provider of fibre products, powered by an open-source operating system and software platform. The group’s product and software offerings include Wi-Fi routers, gateways and extenders, mesh systems, and fibre termination units for home IoT devices.

“The fibre rollout in Europe is at very different maturity levels,” Winberg explained. “In the Nordics, fibre is well established, whereas other markets are very much in the early rollout phase.”

Accent plans to target these early-stage countries during its new hold period of Inteno. The North American market, according to Winberg, is “of course an attractive one” but the firm is still evaluating any potential expansion there.

In order to launch quickly into the new markets, Inteno’s growth will be organic and acquisitive. “The plan is also to enhance Inteno’s capabilities on the technology side, which might lead to some smaller niche acquisitions,” Winberg explained.

Stockholm-based Accent made its initial investment in Inteno in 2016 from its Accent Equity 2012 vehicle, which is nearing the end of its lifecycle. After the firm started the exit process, Inteno received “quite a lot of interest” from strategic and financial buyers, according to Winberg. “But none where we felt we got paid for the anticipated uptick in terms of the performance of the company, which materialised during 2022,” he said. “At least not without any type of earnout, which were all quite buyer friendly.”

For the eventual exit, no route has been ruled out – including one not often used by the private equity firm. “Usually, Accent does not invest in companies that are of the size of where an IPO would be an option,” he said. “But given the growth rate of Inteno, an IPO might be a possibility.”

For the past two years, Accent’s focus has been more on defensive investments. An underlying digitalisation trend, accelerated by covid, and reliance on good communication, storage and processing capabilities are fundamentally driving the fibre and data centre rollout, said Winberg. “From that perspective, Inteno fits in our portfolio very well, as it’s more like an infrastructure investment, and as such it is less dependent on the business cycle.”