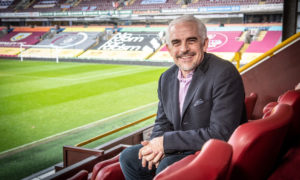 There were more than a few raised eyebrows when in December 2020, Velocity Sports Partners, the sports investment arm of New York-based private equity firm ALK Capital, paid a reported £200 million ($225 million; €230 million) for an 84 percent share in Burnley Football Club.

Though the team was a founding member of England’s league system and] in its fifth consecutive season in the Premier League, the country’s top tier, it was far from having the star status of some of its larger competitors.

It was also the first time the club had been run by anyone other than local businessmen and fans since its founding in 1882. But it was part of an increasing interest in European football from the private equity world, particularly those in the US.

Not everything went to plan. Burnley narrowly avoided relegation at the end of the takeover season, before dropping to the second tier of English football – the confusingly named Championship – the following year.

PE Hub Europe caught up with Alan Pace, managing partner at ALK Capital and chairman of Burnley FC, to find out why private equity has become so interested in European football, what made Burnley itself attractive and how the company is coping with relegation – a concept alien to American sports.

What is attractive about investing in UK football and why has there been so much private equity now over the last few years? Is it a cultural change, new regulations, or something else?

The Premier League is a cultural and financial behemoth and offers a great base to implement your own ideas and expertise which is what we quickly established at Burnley FC during our first season as club custodians. But English football in particular is something special when it comes to world sport and I think that ready-made fanbase and built-in passion for the sport and for the clubs is something that really attracts.

What made Burnley an attractive proposition?

We felt Burnley FC was a club with a rich history, tradition and fanbase that had a lot of room to grow and expand. It’s a special club as a founding member of the Football League and in a part of the country where the town turns out to watch the team every weekend in a football hotbed. We want to become England’s favourite underdog club and build the club’s profile and offering.

How does Burnley’s relegation to the Championship affect the growth outlook and plans for the club?

Obviously, the relegation did affect plans because you lose the Premier League cashflow. However our idea has always been to build a sustainable club whether that is in the Premier League or not. We had an incredibly busy summer in the transfer market and, of course, appointed a new manager in former Premier League winner, Vincent Kompany, but we were very happy with the business and the reset for the playing squad and management.

What I would say, though, is that when we took over the club, we had thought about different Plan B scenarios in terms of what could happen and how we would react to them. The Championship is a very difficult and competitive league, but in many respects, it has given us an opportunity to refocus our energies and efforts and rebuild the foundations for the club.

Our goal, of course, is to achieve promotion back to the Premier League, whether that is this season or next. But we’re in a strong position, are continuing to put up money to improve the squad, the stadium, our women’s team etc and we are trying to get it to a good place, but it is all a work in progress. This is the very early part of what is a 10-year strategy, so we’ll continue on our journey to growing and improving the club.

How long do you expect to be invested in Burnley for? If you can’t offer specifics, can you say whether it will be similar to a ‘normal’ PE hold period?

We have always said that our ownership of Burnley FC is a long-term project and that has not changed.

What expertise do you believe you and other PE firms can bring to European football that has been lacking in it so far?

I would suggest that we and others with background in this area can bring a level of experience and management that is focused on succeeding while committed to sustainability and profitability. However, it is important for us to be clear that while those of us in ALK Capital have a background in private equity, this is not a private equity fund. We have purchased Burnley FC with a long-term view and our intention is for this to be different than what might be delivered through a traditional fund. Ultimately, we have a long-term plan that we are working to as owners of the football club.

How do you plan to grow Burnley both as a sporting entity and commercially?

On taking over the club we conducted a root-and-branch review of the club both on and off the pitch and have been working night and day to improve both elements. Commercially we’ve struck more deals than ever before and have completely changed the way Burnley FC works with partners to offer more value. Our partners are exceptionally important to where we want to go as a club and we want people that want to go on that journey with us and with whom we can work together to engage our audiences in new and exciting ways.

We’ve also made a number of improvements in and around the stadium, including revamping the hospitality offering to provide a best-in-class experience for guests on a matchday.

We also worked with NBC Sports last season, giving American fans the chance to win a VIP experience at Turf Moor and exploring ways to continue growing our fanbase from outside the UK is something that is an important long-term goal. Separately, we brought our women’s team under the club umbrella, whereas before it was only an affiliate, and we were also the first club to live stream women’s games via TikTok. This focus on being at the forefront of technological innovation also saw us introduce AiSCOUT, an intelligence platform that enables us to identify, analyse, scout and develop amateur players from around the world.

Since he was appointed as manager, Vincent Kompany has done a great job in changing the team’s style of play and identity as we look to continue evolving the team and improving on the pitch. As this is a long-term project we have lots more plans and ideas which I wish I could go into but remain private for now.

How will the cost of living crisis in the UK affect your plans? Are you confident that football-related revenues will hold up or will it require an adjustment in approach?

We want to ensure we strike the right balance of doing right by the fans who have supported us so much and ensuring the club’s financial picture remains strong and positive. For example, fan travel to away games is something that we are keeping across and may be required to help with. It’s a challenging financial market for everyone and the main thing for us is to ensure that the club is in a stable condition to be able to ride out this difficult period, while also looking at innovative ways in which we can help supporters feel more connected to the club, whether they’re in the stadium or not.