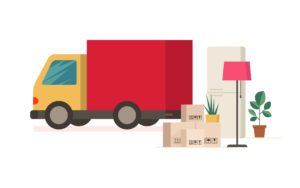 CapMan Special Situations announced an investment in Finnish moving and logistics services company Niemi Services in late September. The deal was finalised in mid-October, and as part of it, Niemi appointed a new board.

“Niemi is such an interesting company, easily a market leader in Finland, with a promising growth path,” Rinne said. “That path includes the possibility of growing outside Finland.”

Niemi’s growth will be centred around organic expansion, according to Rinne. “But we might look at potential add-on acquisitions,” he said. Many Finns are familiar with Niemi’s ‘red moving boxes’, but CapMan sees potential for add-ons to all of Niemi’s offering. “Niemi has many segments, not just the moving services,” Rinne added.

It was not only Niemi’s growth potential that piqued Helsinki-based CapMan’s interest in the company. CapMan had never seen customer satisfaction scores as high as Niemi’s. The company has a net promoter score (NPS) of around 97-98 percent, according to Rinne.

The investment also lines up with CapMan’s sustainability efforts, which include net-zero commitments and Science Based Targets initiative (SBTi), among others. “On the environmental side, Niemi has done a remarkable job in reducing its carbon footprint and today its fleet runs on 100 percent fossil-free fuel,” Rinne said. “This is very important for us as an investor, and we will continue the work on driving the company’s sustainability agenda further.”

Within its fleet, Niemi has trialled an electric removal van that uses solar panels for additional energy generation. “To our understanding it’s the first vehicle of its kind in the world,” Rinne said.

CapMan Special Situations is the latest addition to CapMan’s private equity offering. The firm launched the strategy in the summer of 2020, and according to Rinne, the fund is the first to use a special situations strategy in the Finnish market.

“Our first fund focuses on Finland, but we do see potential to expand into the Nordics and further in the future,” Rinne said. “This strategy has substantial potential for growth across the region.”

For CapMan, the special situations strategy is based around two pillars: a completely flexible mandate when it comes to financial instruments, and a strong operational focus. “We look for situations our mandate can solve, where other funds’ strategies won’t necessarily work,” Rinne explained.

A situation that fits the mandate could be an operational turnaround, a distressed situation or, like in Niemi’s case, “a succession situation with a flexible financing solution”.

Rinne described the special situations team as “busier than ever”, with one or two potential cases crossing the desk in a typical week. With the rising rate and inflationary environment, Rinne expects more situations suitable for the strategy to surface.

“We have seen some effect of this already and expect to see even more next year,” he said.