In early November, Cordiant announced it had received final regulatory approval from the Polish Ministry of the Interior for the acquisition of Emitel from Astatine Investment Partners, for an equity consideration of 1.92 billion zloty ($407 million; €409 million).

“When we saw Emitel, in the summer of last year, I felt it was the perfect opportunity,” Marshall said. “It is the sole operator of tall towers used by broadcasters in Poland. It’s the Polish equivalent of the BBC, ITV or Channel 4.”

Marshall described Emitel as “critical infrastructure”, as it delivers TV and radio signals to most of the population of Poland. Emitel recently invested in the latest broadcasting technology, DVB-T2, which offers services such as hybrid broadband. “It allows you to look at a different angle on a tennis match, or to pause live TV and watch it when you come back with your cup of tea,” Marshall said.

Guernsey-headquartered Cordiant’s investment in Emitel will start off from a “fantastic position from day one”, according to Marshall. “We get £60 million [$71 million; €69 million] of EBITDA on day one, for a business that we’ve spent around £360 million for,” he said. “In addition to that, you’ve got a growing demand right on top of your existing contracts.”

Cordiant has already identified opportunities to expand the asset base organically. “We would love to replicate some of the success that we’ve had in the Czech Republic,” he said. In 2021, Cordiant acquired Prague-based telecommunications company České Radiokomunikace from Macquarie Asset Management for £305.9 million.

Add-on acquisitions, potentially even across borders, are not off the table either. “I think there will be opportunities for tuck-in acquisitions,” he said. “Maybe it will be data centres, or it could be buying more fibre plants, or portfolios of telecommunication towers. It’s possible that Emitel will expand outside the Polish borders.”

For Cordiant, the digital infrastructure sector is a safe place to be. “The growth in the marketplace is almost intuitive,” Marshall said. “We’re all using more and more internet access, which means that the mobile operators or the data centre companies have got to provide more capacity.”

Forecasters cited by Marshall estimate the market has been growing at a rate of 40 percent a year, for several years. “We expect that to continue well into the future,” he added.

Deal activity will also keep Cordiant busy. “In terms of deals, there are lot of them out there,” Marshall said. Activity is likely happen in the form of carve-outs, namely mobile operators looking to sell down their tower portfolios or telephone companies selling fibre assets. “There are several opportunities for investors like us out there.” 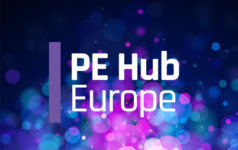 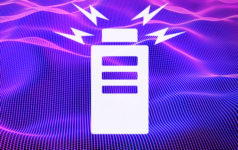